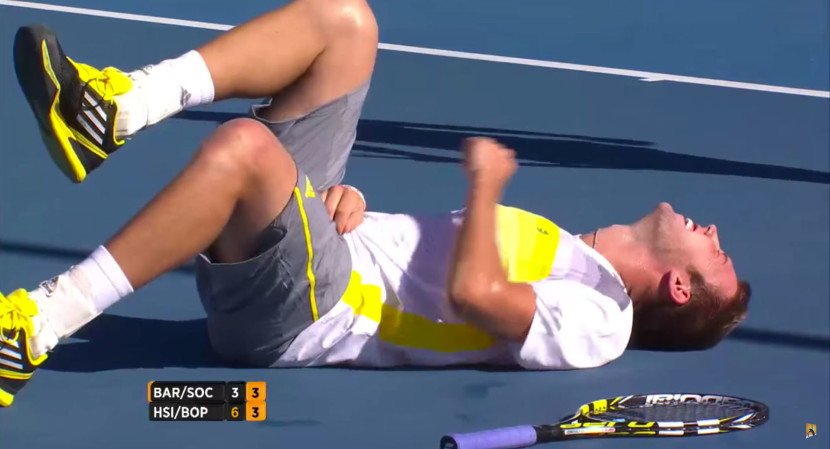 A shocking video has been spreading like fire on the social media recently featuring Jessie Levine (who is Madison Keys’ coach) where he suggests Madison to “peg” her opponent. He literally suggests that she should intentionally hit at her opponent, when she tries to take the net. The question arises, is this a valid or even legal strategy?

Truth is, there is nothing in tennis rules about intentionally hitting your opponent. So, from the “legal” standpoint – this is certainly a valid strategy. It happens all the time, especially in doubles. On the other hand, is it a moral thing to do? Is it ok to intentionally hit at our opponent in order to win the point?

Is it that bad as it looks?

First of all, tennis players have great reflexes. They are used to tracking and hitting a tennis ball that travels hundreds of miles per hour. All tennis players have been hit by the yellow fuzzy ball, many times during training. Does it hurt? It depends where the ball hits you. Usually, your pride gets hurt the most. The most of the balls that do end up hitting you, won’t really hurt you. These are extreme cases where you didn’t have time to react or protect yourself with the racquet.

Should we intentionally hit at our opponents?

Pros rarely like to discuss this, and it’s sort of a dirty secret. In the end, most tennis players will agree that tennis (especially at the pro level) is all about winning the point. Having said this, we could say that hitting at our opponent is OK. Of course, we do need to consider the circumstances. If we intentionally smash the ball towards our opponent in a situation where it is completely irrational, for example when we have a fully open court and the opponent is standing outside of the court, then sure – it isn’t OK and you crossed the line. If you do that, you are effectively starting a fight that might get you expelled from the tennis club or tournament that you are participating in. 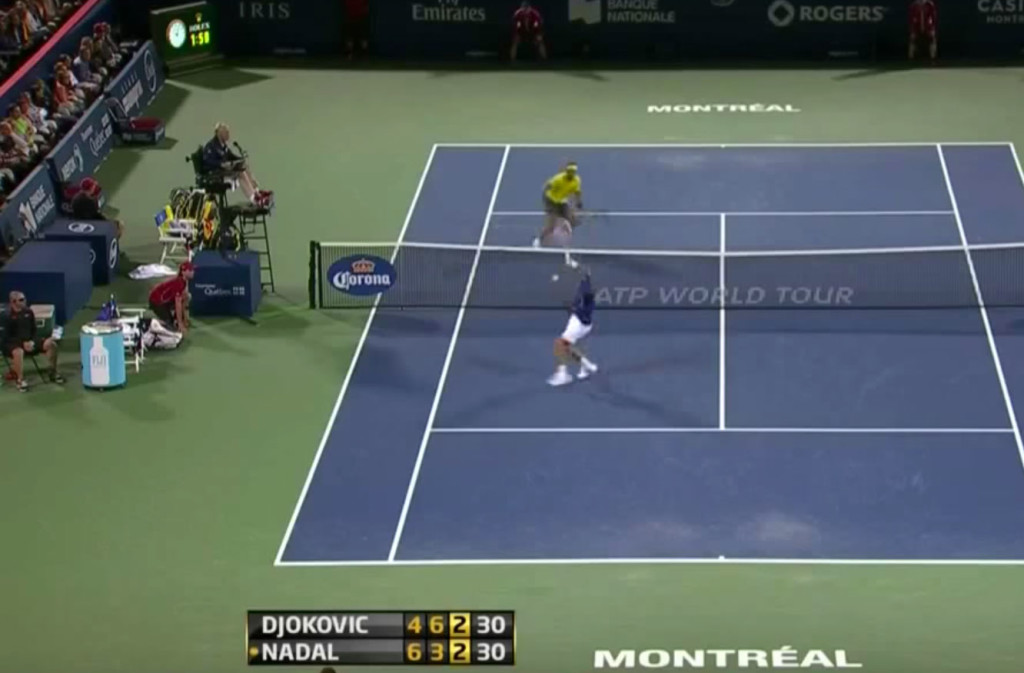 When is it OK to hit at the opponent?

One of the very popular serving strategies is to go for the body shot. This means a serve that goes straight towards the opponent, like you are trying to hit him. This way, the receiving player needs to move out of the way in order to return the ball in play. It usually results in a forced error or a weak return.

Another strategy involves a player that likes to take balls early and attack the net. This is what Jessie was talking about in the video clip. When the opponent is rushing to take the net, it’s often a better strategy to aim and hit right back at him (or her). Also, if you can get the ball to land shortly, aiming at the legs of your opponent – then you are almost guaranteed to win the point. Body shot is always hard to return, especially when rushing towards the net. Body shot combined with a low ball feels almost impossible.

Next, we have a situation where the opponent is already at the net and has hit a great volley. We are scrambling with all our might to return the ball but it’s evident that passing shot is impossible. The shot we make won’t be powerful, and we don’t have the needed angles to work with. In this situation, even if it feels dirty, one of the best shots we can make is to aim for the body of the person at the net. They won’t have enough time to react, and we’ll win the point. Sure, it’s possible that we might actually hit our opponent but it’s worth the risk.

When playing doubles, it’s a perfectly valid strategy to aim your volleys at the net person. The person at the net doesn’t have much or any time to react and you can win a lot of points this way. It would be irrational to play any other way really. Also, when you get the high ball and prepare for the overhead, if you aim it towards the net person and make the ball really short so that it bounces right in front of them – you are almost guaranteed to win the point.

What to do when you hit your opponent

Finally, let’s check out some of the tennis body shots and reactions pros had in those situations.